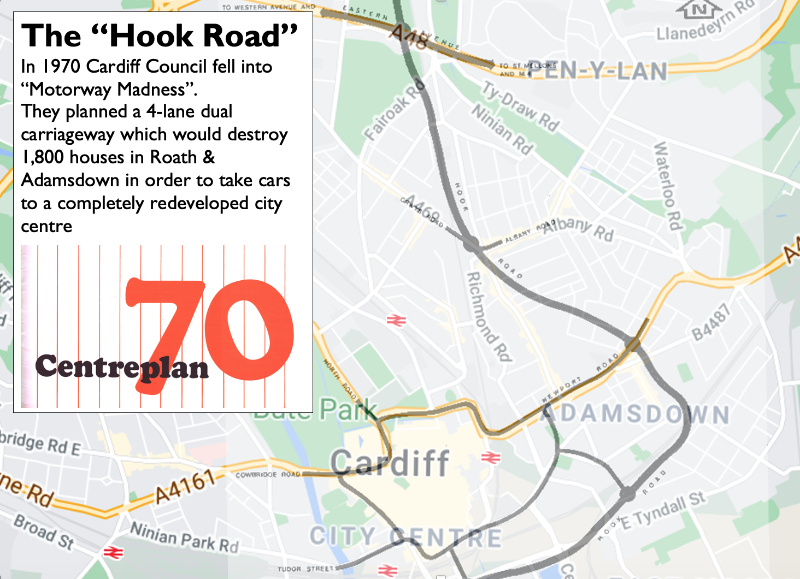 Alex Bird
The story of the “Hook Road”, what it was, where the bonkers idea came from, the characters behind it, the communities it would destroy, the associated “Centreplan70”, the campaign against them, and the role of “Cardiff People’s Paper” in the opposition to it.
Produced using visuals from the plan itself, and from the paper, to produce a series of exhibition panels put together by one of the original “People’s Paper” collective. 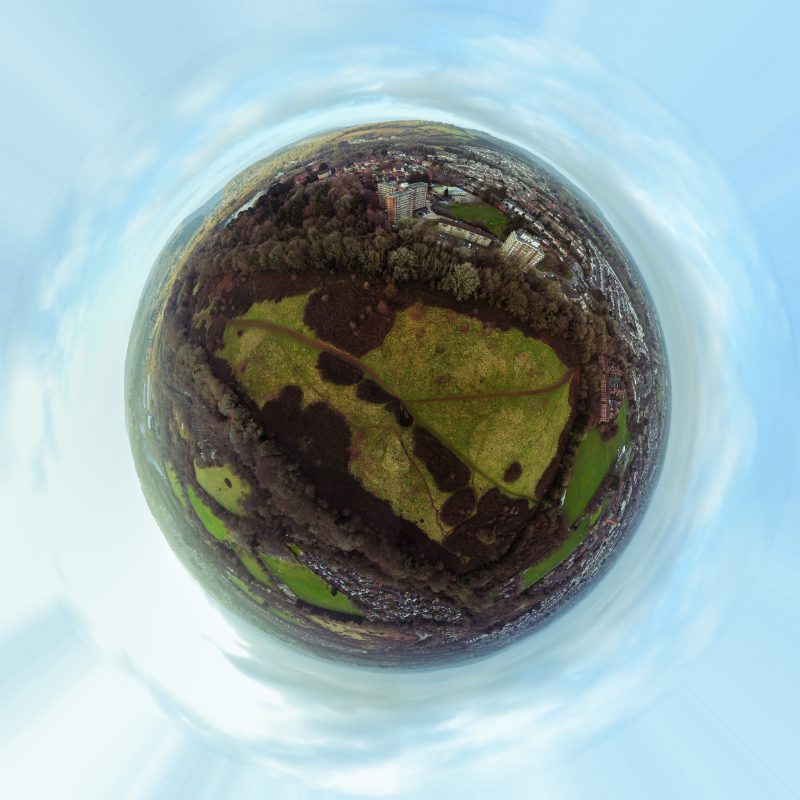 Cat Lewis
Cat Lewis is an artist who for the last year has been an instigator in the campaign to stop any building on the wild land next to the estate where she lives. The Hollybush Estate in Coryton is alongside the green meadow and scrub area known now as The Northern Meadows. For the last 15 years this land has been part of a large plan to develop north Whitchurch and the now empty mental hospital. The plan now has the proposed new Velindre Cancer Centre being built on an important environmental and social space in the time of COVID, climate crisis, an election and economic recession. The campaign has brought to light many emotive and political issues.
During the residency Cat will work with others involved in local planning, environmental and social campaigns, and using hand cut and paste layout and a Riso printer, will publish a *new Cardiff People’s Paper, hopefully upholding the ideals of the original and with the blessing and support of Alex Bird, a founder of the paper.
www.savethenorthernmeadows.wales
#savethenorthernmeadows