Running out of Roath 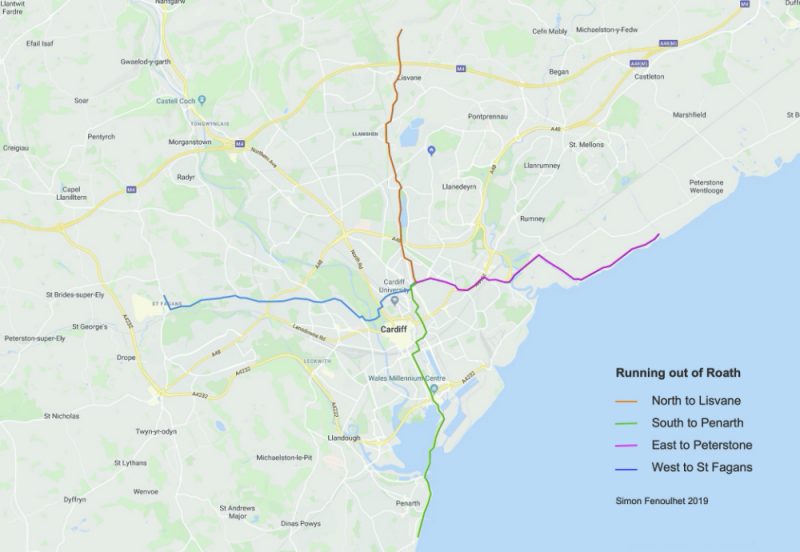 I will be running to the four compass points from 1a Inverness Place to find out what’s out there beyond the city’s edge. I often look up and see the hills in the distance and wonder what it would be like to be there instead of here in the town. This project is about finding out where I end up when I run out of Roath. Each run will be around 5 miles and will roughly trace a line north, south, east and west through the city’s streets until I break out into the countryside beyond.

I will record each run and post a map afterwards of the routes with comments on the experience in case anyone wants to follow them. I will also record my runs on video and post them on Vimeo/ Youtube for those who would like to see the journey through Cardiff’s suburbs.

I’m not going anywhere unknown, it’s the route that’s interesting, seeing the types of streets change as I pass through different generations of Cardiff’s expanding boundary until the buildings run out. A process of transition and eventual escape.