This post was originally posted at madeinroath.blogspot.co.uk on 19/11/16 by Dai Howell.

One of the largest venues in this year’s madeinroath festival was 28 The Parade. This former Edwardian family home, very kindly lent to us for the week by Cardiff Council, played a key role in the happenings and events this year hosting the launch celebration ‘Join the Parade’, the madeinroath Open Exhibition, as well as exhibitions such as ‘Pillow’, “a collective work about perception”; NONARCHY’s group exhibition; PhotoRenga workshop & exhibition; and Sara Rees’ ‘Fragments for a City in Ruins’. 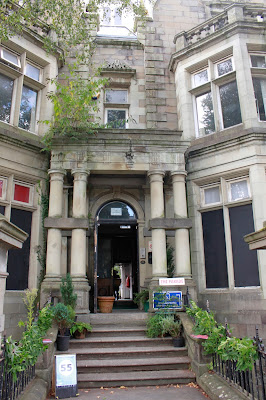 The history of 28 The Parade is worth mentioning. Built by an Edwardian shipping magnate as his home, with the unusual feature of a dome-like tower on the roof which contained a telescope so that he could watch his ships coming and going from Cardiff docks. At the turn of the century, Cardiff docks were actually busier than New York with ships bound for every port in the world. You can still see the owner’s family crest on the upper parts of 28 The Parade. After the shipping magnate had died and Cardiff dock was in decline, the property was given to the local education board where it became an adult learning centre. Until quite recently it operated as a language school.

Currently uninhabited and up for sale, 28 The Parade briefly came to life again, becoming a centre for the arts, a home to creativity and entertainment, and a place to enjoy and think before going forward into the next chapter of its life.

On the opening Sunday we saw a fantastic musical celebration taking place, with lights being projected onto the back of the building in one of the most technology advanced things madeinroath has ever done. We watched as blues and purples rolled over the building, creating patterns and shapes interplaying with the 120-year-old Edwardian stonework. Below this a fantastic mixture of musicians played, entertaining the crowd who were gathered on the grass in the cool October air.

Later on in the week 28 The Parade played host to the madeinroath Open. This open exhibition of work was a great success and generated a lot of interest with people voting for their favourite work. Meanwhile, exhibitions on the ground floor and basement provided a series of multimedia works by various artists. As you ventured outside, you’d find the ‘Pillow’ multimedia exhibition which was located in the back building.

28 The Parade was a fantastic venue which served the festival well, leaving everyone who visited with fond memories. I doubt I will ever pass the building again without remembering the week it was host to so much art. Whatever the future holds for 28 The Parade, be it offices, flats or just a hollow shell containing only memories. It will always have been, for a brief point in its history, a creative community space. 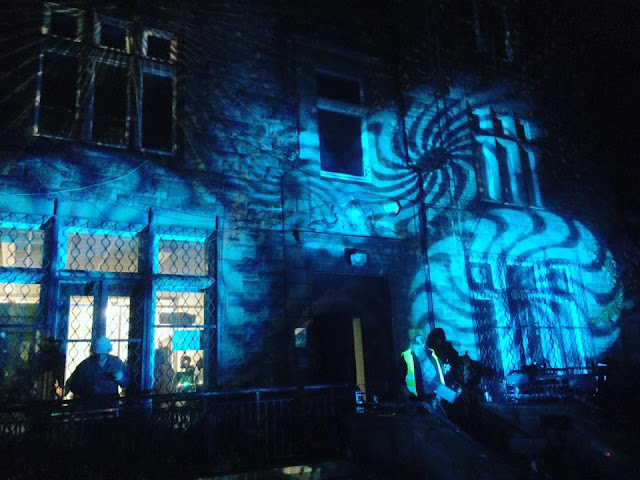