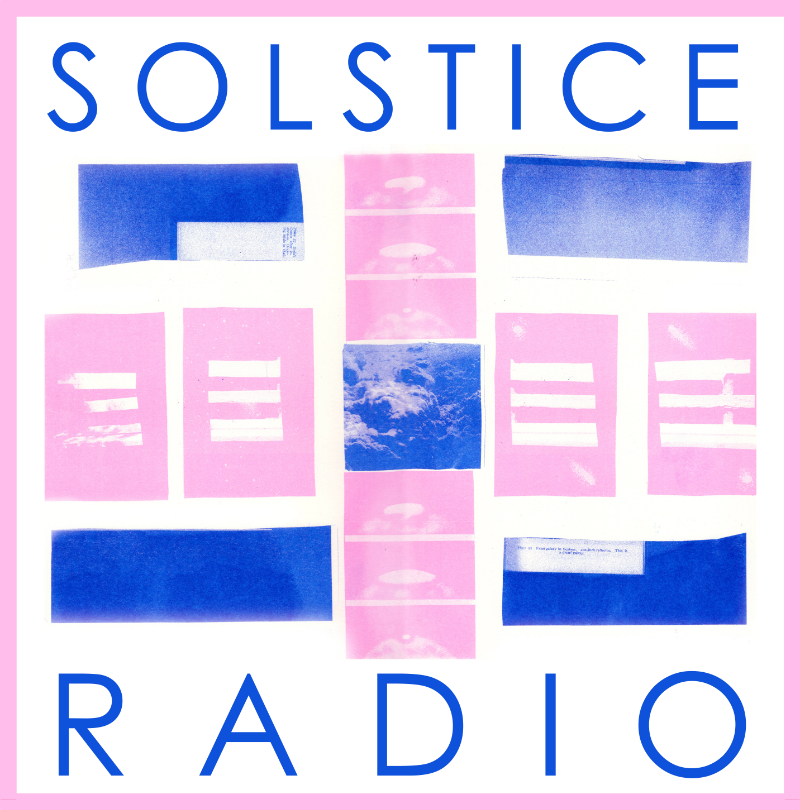 Solstice Radio is an annual 24 hour live online sound broadcast to celebrate the Summer Solstice, commissioned by madeinroath. The 2021 edition is programmed by Freya Dooley and Cinzia Mutigli in collaboration with a group of 16-25 year old women and non-binary artists, DJs and producers under the collective ‘Sounding Out’, who have been meeting regularly over the last few months to share and develop their broad practices in sound. The members are: Rosie Clement Hennion, Lauren Clifford-Keane, Heledd Evans, Lorelei Hacking, Al Lewis, Courtney Paige-Purnell and Tess Wood.

Together we have compiled a selection of soundscapes, stories, music, readings and conversations to mark the longest day of the year. Each member of the group has produced a new segment for the broadcast and invited contributors who connect an eclectic mix of collaborative sounds and polyphonic voices.

Feat. contributions by and the voices of: